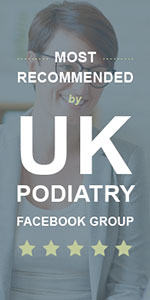 An article in Tech Monthly in the Observer prompted me to take a look at the statistics around phone use.

Mobile or Landline?
Which do you use?

The article claims that 64% of adults use landline compared with 45% using mobile. But that in the 16 to 24 age group 94% use mobile almost exclusively. This is hardly surprising, my grown children haven’t even signed up for a landline, like most of their generation they are living in rented accommodation so want to take their number with them.

They can also have greater privacy in a way. One older chap I was talking to remembered using 4 old pence to call his girlfriend from a call box, (she was unusual as she had a phone at home), while a queue formed outside.

The smart ones among you will have realised that 64 and 45 add up to 109, I don’t know how Stuart Dredge got his stats, so to try and get some clarity I looked at Ofcoms website and gleaned these.

Take-up of smartphones has continued to increase rapidly over the past year, with over half of all adults now claiming to own one (56%).
Fixed-line ownership has stabilised in the UK – ownership levels have remained at 84% for a fourth consecutive year.

The majority (79%) of households continue to own both a fixed line and a mobile phone, with a further 4% fixed-line only and 16% mobile-only. Mobile-only households also continue to be more prevalent in urban (17%) than in rural areas (9%). Take-up of the internet remains stable, with four in five (82%) households able to access the internet at home. Seventy-eight per cent of households use either fixed and/or mobile broadband, 4% have access only via their mobile phone and 1% use a dial-up internet connection.

Our own data here at Real Time Reception

shows that in October 2014,  35.56% of the calls we answered  were from mobile phones. If the general trend is towards increased use of mobiles in the younger population, and as the older population diminishes it is inevitable that voice calling will be increasingly mobile. We may be using masts and satellites exclusively for phone and broadband.

And if you are wondering about cancer risk increasing with all these phone masts Cancer Research UK say “the scientific evidence shows it is unlikely that mobile phones could increase the risk of brain tumours, or any other type of cancer. But we do not know enough to completely rule out a risk”.